Slowly we’ve been piecing together history for Beau and Leo.

Beau we knew was a captured mustang, I did the research on his tattoo and discovered he had been in a herd in NM and he was approximately 7 years old. I already knew about the abuse he suffered during training and have discovered that its effects run deeper than I had originally thought. He has a deep seated distrust of men but we’ve been working on that with mild success. He’s eager to please but wary of being hurt. Trust is a big issue for him.

And then there’s Leo. On the surface he looks like a simple victim of malnutrition. But I have come to find out that our sweet tempered, mild mannered colt (he is not gelded) has been subjected to the maniacal whims of a apparently deranged man who found great humor in shooting his rifle to make the horses run. Turns out he either aimed at or accidentally hit Leo during one of those sessions. The photo shows where the bullet hit him. I can’t find an obvious exit wound so the bullet may still be lodged in there somewhere.

I mean I love to watch horses running… But shooting them to accomplish that? Explains why Beau has trust issues… And yet Leo is the same old sweetheart. What’s really annoying is that the neighbors called out the USHS when they saw the blood on his flank and later heard the shooter bragging about what he had done. And USHS did nothing. 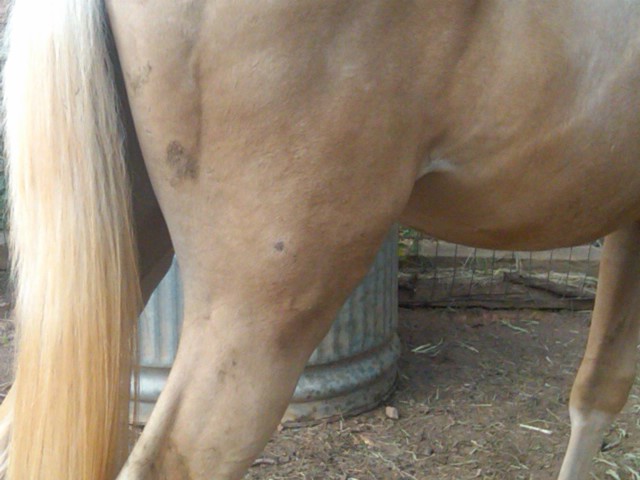